Pros and Cons Of Choosing Non-surgical Nose Job In Dubai

Having a deviated nose is aesthetically displeasing. A nose-job is the only effective solution for restoring its contour. Other than that there are certain problems also that require one to go for a non-surgical nose-job. You will be surprised to know that we treat candidates everyday that come for non-surgical nose- job not because they are concerned about their appearance but because they face very serious problems in their nose also. We recommend a non surgical nose job in Dubai as it is the best method for the correction of the anatomical deformities of the nose.

Before moving forward towards the pros and cons of Rhinoplasty you need to know about the indications.

It is believed that having a pointed and well contoured nose with sharpness is more liked than a rounded tip. People who have issues with their nasal tips often go for a non surgical nose job.

The deformities in the nasal septum is one of the common indications of a rhinoplasty. It most commonly occurs after any trauma, accidents or can be hereditary.

To Release Hindrance In Breathing

Sometimes any thing that comes in the pathway of the nose that hinders breathing should be treated by a non-surgical nose job.

What Is Actually A Non-Surgical Nose Job?

A non-surgical nose job includes the injection of hyaluronic acid infused into the skin. In simpler words it is known as a liquid rhinoplasty. It is to modify the nose and has the advantage equally as similar as the surgical rhinoplasty. It just uses a phenomena of dermal fillers. The best part about liquid rhinoplasty or a non-surgical nose job is that it enhances the collagen of the candidate’s body without having to cause any harm unlike other surgical procedures.

Here is a closer look on the pros and cons of a non-surgical nose job :

The ideal approach for any treatment is that there must be least invasion to the tissues of the skin. When there is no surgery required then there are no chances of incision or suturing as well.

Studies and researchers have inferred that the administration of anesthesia often ends up raising some other side effects in the candidate. The numbness that occurs after the administration of anesthesia often is very long and sometimes very discomforting for the candidate. The best part about a non-surgical nose job is that it does not need any anesthesia to work as the procedure is completely pain free.

If you go for surgical treatments or a rhinoplasty that involves incision and suturing the nose then there are chances that the sutures may leave scars on your nose and may take longer to show the results or healing. However, in the case of liquid rhinoplasty its results are very instant and do not leave back any scars. As a consequence a very natural appearance is observed on the candidate.

Procedures that involve surgical treatments often encourage the person to admit in the hospital as well as undergo certain pre tests. Moreover the surgery itself is very time consuming and the healing phase is another story; however in the case of a Non-surgical nose job the procedure is quick and rapid. This is a reason why non-surgical nose job in Dubai are very prevalent.

Though that treatment is very effective and is less invasive but unfortunately surgical nose job has temporary results. You may need to take the sessions again if your desired results tend to decline overtime.

In case of getting the non-surgical job done by an unskillful person can end up having the candidate redness and swelling all around the nose.

If you are well convinced about getting a nose job done after knowing the pros and cons of a non-surgical nose job then you can consult our specialist in order to know about the Non-surgical rhinoplasty Cost in Dubai. Our team of experts will be more than pleased to cater you with our services, treatment and the follow up. 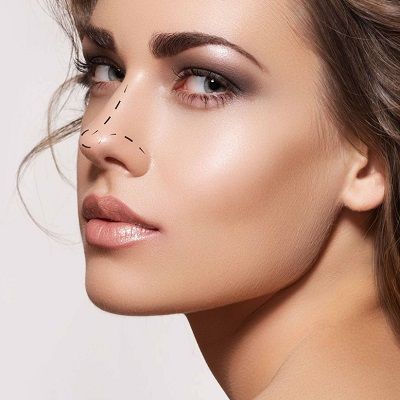 Your facial features are the first things that people notice, and the last thing 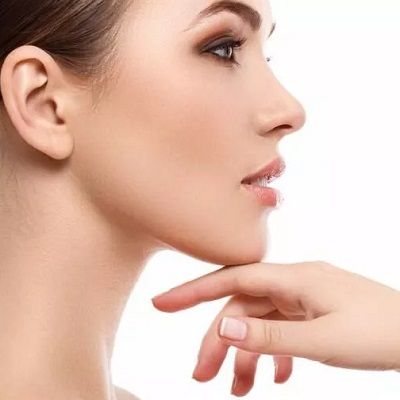 Nonsurgical Rhinoplasty With Thread In Dubai

Non-surgical rhinoplasty is a quick and cost-effective procedure; it does not in