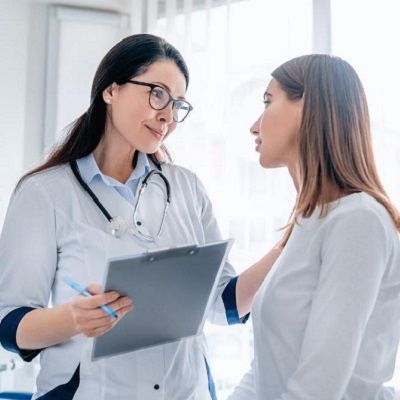 The female reproductive tract is one of the most sensitive parts of the body.  And within those parts the vagina is the area which needs to be under proper hygiene and maintenance. Most of the infections that occur in the female reproductive tract enter through the vagina and this is the reason why many women complain of infertility, itching, pain rashes etc.  Our clinic offers Recurring Vaginal Infections Treatment in Dubai that are prescribed by sound specialists and some of the highly skillful experts.

What are Vaginal Infections?

What are the Symptoms of Vaginal Infections?

The following can be some of the prime in symptoms of vaginal infections infections and if you notice any of them below then it’s and alarming sign that you must immediately see a doctor:

How are Vaginal Infections Diagnosed?

Any woman who is able to identify the above mentioned symptoms then validate herself or his suffering from vaginal infections as far as the medical diagnosis is considered The gynecologist will retrieve a pap smear from the mucosal lining of the vagina. This lining is then deposited on a specimen for microscopic observation. In the presence of vaginal infections different bacteria or fungi will be noticeable onto the histopathological findings.

What are the Various Types of Vaginal Infections?

Before moving towards the Recurring Vaginal Infections treatment in Dubai, Sharjah & Abu Dhabi let’s have a look over the number of commonly occurring vaginal infections:

The fungus namely candida albicans is one of the most common microorganism that invades the vaginal lining. It causes itching, unpleasant odor and discharge. This often makes a woman very uncomfortable and results in pain .It can be associated with UTI also but requires to be treated as a separate entity.

Syphilis is the second main commonly occurring vaginal infection. It can be again very painful and requires to be treated wholly. It is one of the severe diseases that can spread into the entire reproductive tract.

STD’s are the leading cause of its Recurring Vaginal Infections in Dubai. It is common in females with multiple partners or for those who are not aware of the use of Protective barriers.

What are the Treatment Options of Vaginal Infections?

As far as the vaginal infections are concerned there are not multiple treatment options available however there is a series of steps which is followed for the Recurring Vaginal Infections treatment in Dubai:

During the initial phase your gynecologist will first assess you and will take notes of your history Based on the signs and symptoms you present with.

The later you’re gonna cologist will then run the investigation methods such as the diagnosis, pap smear test and microbiological findings once the presence of microorganisms is confirmed the gynecologist will then proceed to the next step you will be prescribed antibiotics based on the severity of the extent of the disease. In case of fungal infections you will be given antifungal agents either to be applied topically or to be taken orally.

How Can I Prevent Vaginal Infections?

If you want your treatments to last longer and want to keep vaginal infections and at bay then following are the preventive measures you should follow:

Never try to ignore vaginal infections and always seek  their treatment on time. We have a very knowledgeable and skillful department of gynecology that deals with Recurring Vaginal Infections treatment in Dubai & Abu Dhabi along with providing the best diagnosis. Hurry up and book your appointment now to avail a free consultation.