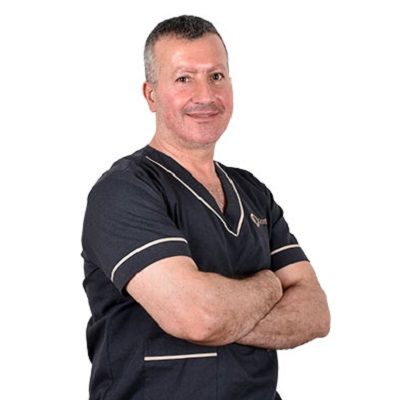 Dr Michel Bou Chaaya has been a valuable member of Dynamic clinic for more than five years. He is a highly competent Orthodontist, TMJ Disorders Specialist responsible for diagnosing, preventing, and fixing misaligned bite patterns and mispositioned jaws and teeth. He is adept in smile designing and has broad experience in performing dental procedures such as bonding, orthodontic adjustment, dental Implantation, banding etc. Catch up with him as he has to tailor a treatment plan accordingly.

He is a Orthodontist of fine repute, practicing with WIN™, Incognito™, Invisalign™, and Lingual Orthodontics for ten years. He completed his Doctor of Dental Surgery from t. Joseph University, Beirut in 1992 and is currently a member of the World Federation of Orthodontics and American Association of Orthodontists, extending his expertise using state-of-art techniques to install braces.

Being a noteworthy figure in orthodontics, he flaunts a record of supremely exceptional results. He is well known for his approach to managing simple and complex cases, a skill that practitioners rarely learn. In addition, he has blessed thousands of candidates to improve their smiles, which is also considered one of the biggest reasons behind his reputation.

His Primary Areas of Interest Include: